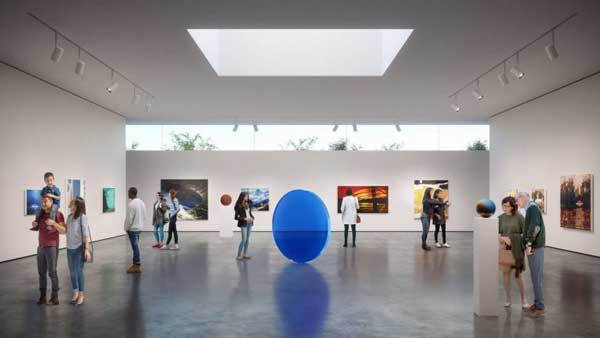 This is a rendering of what gallery spaces may look like in the new museum that will house “Langson IMCA’s remarkable collection of California impressionist and contemporary art and serve as a vibrant hub for discovery, exchange and engagement,” according to museum director Kim Kanatani. Today, the university announced the location of the new museum. (See details below.)

UCI officials today announced the location of the future home of the Jack and Shanaz Langson Institute and Museum of California Art: a North Campus site along Campus Drive near Jamboree Road that will offer spellbinding views inside and out. Subject to the approval of the UC Board of Regents, construction is expected to begin in late 2024 or early 2025.

Spring quarter teaching to be similar to pre-pandemic instruction

Because UCI’s COVID-19 positivity rates continue to decline and no evidence of transmission in classrooms has been found, “teaching in spring 2022 will be similar in most aspects to teaching prior to the pandemic,” according to Michael Dennin, vice provost for teaching and learning and dean of the Division of Undergraduate Education. In a message to Anteaters, Dennin shares reminders regarding spring quarter instruction.

Chancellor Howard Gillman and Berkeley Law Dean Erwin Chemerinsky, who was the UCI School of Law’s founding dean, recently co-authored a Washington Post opinion piece about free speech and campus debate. Co-chairs of the UC National Center for Free Speech and Civic Engagement’s advisory board, Gillman and Chemerinsky write, “Freedom of speech does not include a right to shout down others so they cannot be heard.” 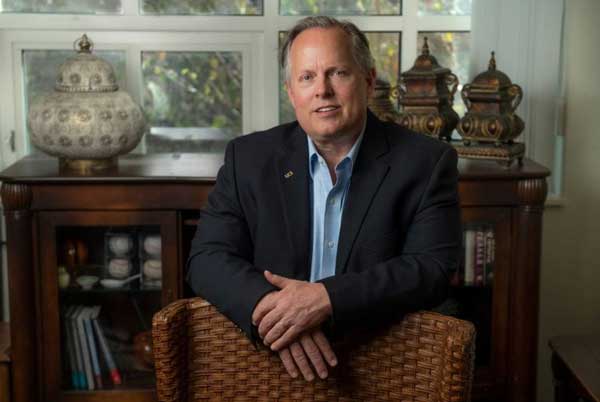 Charles Anthony Smith, professor of political science and law, is an expert on the Supreme Court confirmation process, the politics and strategy behind the choice of nominees and the impact new justices have on the nation’s highest court. Photo by Steve Zylius / UCI

You don’t need to convince Charles Anthony Smith, professor of political science and law, that President Joe Biden selected the right nominee to replace retiring Justice Stephen Breyer. Judge Ketanji Brown Jackson “has all the credentials of previous nominees and the current sitting justices with the addition of a host of experiences that make her absolutely qualified beyond doubt for this appointment,” says Smith, who has written seven books and more than 30 articles on the history and politics of the Supreme Court.

Officials expected to offer 2nd booster shot for those over 50

As soon as Tuesday, the U.S. Food and Drug Administration could authorize COVID booster shots for Americans over age 50, two officials familiar with the matter reportedly told ABC News. Fourth shots are likely to be only offered and not formally recommended, according to the officials, who stressed that the details are still under discussion and could change.

The state has shipped or delivered more than 14.3 million antigen tests, enough for two tests per person, to counties and school districts as part of a massive push to limit infections and avoid classroom closures after spring break, the governor’s office announced. The free at-home kits will go to 7 million students and school employees.

Omicron deaths of Johnson & Johnson recipients were double the rate of other vaccinated Americans: CDC

Recently published figures suggest that COVID-19 deaths among Johnson & Johnson vaccine recipients may have peaked at more than double the rate of other vaccinated Americans during the omicron variant wave. For the week of Jan. 8, COVID-associated deaths among Americans who were vaccinated with J&J reached a rate of more than five out of every 100,000, according to the Centers for Disease Control and Prevention. For recipients of the Pfizer or Moderna vaccines, the rate was around two deaths per 100,000 people.

Speaking of Water: Toward a more inclusive 21st century water sector; the opportunities for diversity, equity and engagement
Wednesday, 1 p.m. (sponsored by School of Social Ecology)

After the Slam
Wednesday, 5:30 p.m. (sponsored by Graduate Alumni Chapter)

Millions of genetically engineered mosquitoes are here to protect us 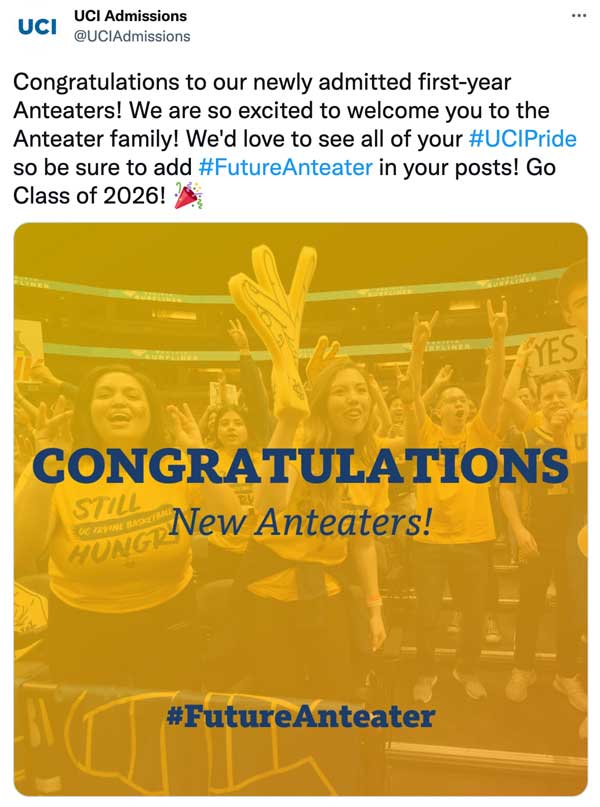 Congratulations to our newly admitted first-year Anteaters! We are so excited to welcome you to the Anteater family! We’d love to see all of your #UCIPride, so be sure to add #FutureAnteater to your posts! Go, Class of 2026! From Twitter/@UCIAdmissions