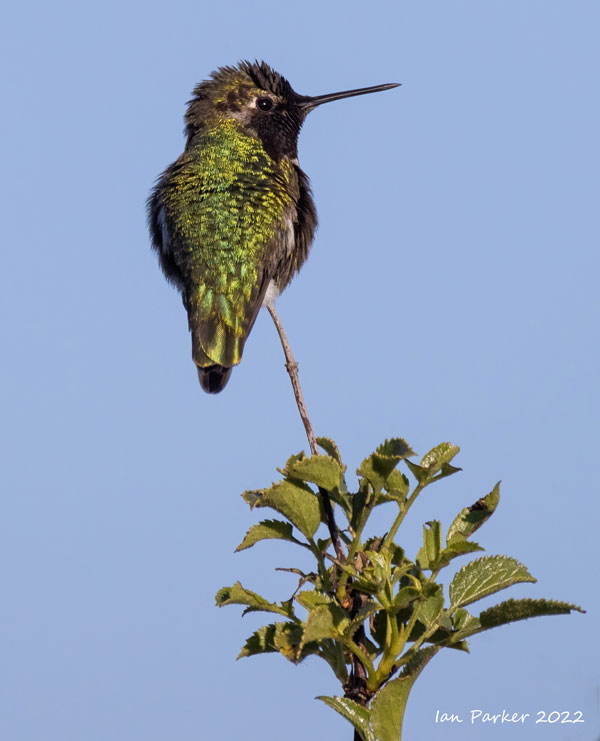 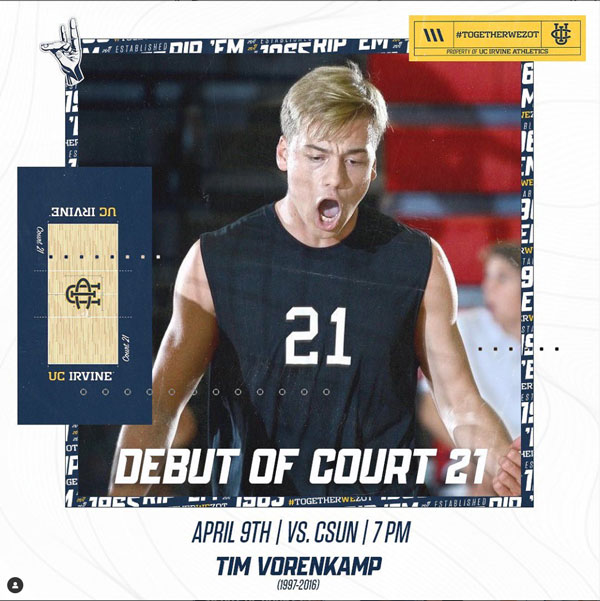 Court 21, a custom Taraflex vinyl surface, will debut at the men’s volleyball match against Cal State Northridge at Bren Events Center on Saturday at 7 p.m. The court is named in honor of Tim Vorenkamp, who signed with UCI in 2015, and wore No. 21 as a volleyball player. He had been diagnosed at age 13 with synovial sarcoma, an exceptionally rare form of cancer. Over the years, he experienced countless chemotherapy and radiation treatments and relapses, yet through it all continued to play volleyball. Sadly, he passed away during his freshman year in 2016. To inspire current and future Anteater athletes, the Vorenkamp family gifted UCI Court 21. In celebration, staff, faculty and retirees are being offered up to four free tickets for Saturday’s match, which is also being televised on ESPN+. #TogetherWeZot

Nineteen faculty members, who had been nominated by their School of Medicine department chairs or leadership, were honored at the first-ever Women’s Leadership Academy graduation ceremony on March 30. Dr. Khanh-Van Le-Bucklin, vice dean of medical education, and Dr. Nimisha Parekh, clinical professor of medicine, developed the WLA to put early and mid-career, women-identified faculty of the School of Medicine on the leadership track.

How life works is his life’s work

Ali Mortazavi’s research has been fundamental to understanding changes in gene expression in colon cancer, Lyme disease, breast cancer, Alzheimer’s and other neurological diseases, as well as to subsequent translational efforts. But saving lives is not what motivates the professor of developmental and cell biology.

Wednesday’s event, which was listed in Monday’s Digest, has been canceled, according to the School of Law organizers. Hat tip to Goran Matijasevic, executive director of UCI Chief Executive Roundtable, for alerting us to the event change.

After the pandemic revealed and possibly worsened social and health inequities in Orange County, officials are moving forward with a task force to identify and reduce the long-standing disparities. The move is part of the Equity in O.C. initiative that began when the county partnered last year with a nonprofit to develop a map equity tool that shows which cities and neighborhoods are the most in need.

XE, a combination of the original BA.1 omicron variant and its subvariant BA.2, has been identified in the United Kingdom. However, public health experts say there is no cause for alarm yet as recombinant variants are very common and often crop up and disappear on their own.

Revising the Electronics Revolution: From E-wasteland to E-wonderland
Thursday, noon (sponsored by Program in Public Health)

Is a food shortage imminent?

How to protect yourself from being tracked with Apple AirTags

Technology such as Apple’s AirTags help you locate keys, bags or other items. But they can also be used to track someone's location. Here are some tips to safeguard against the risk. Resources at https://police.uci.edu/how-do-i/airtag-safety.php From YouTube/UCI Police Department