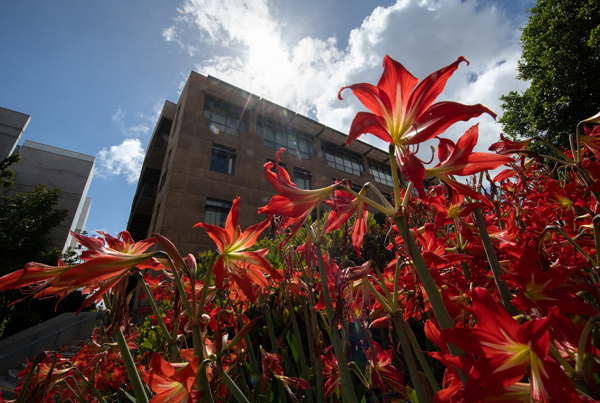 Blooms reach for the clouds above Sue and Bill Gross Hall. Photo by Steve Zylius/UCI

Anteaters are increasingly testing positive for COVID after attending large gatherings. While locally, we are not in a surge as we were in January with the omicron variant, an uptick in cases is happening at all UC campuses and across the state. (See UC News and General News below.) The Orange County positivity rate, which had been hovering around 2%, now exceeds 3%. (See UCI in the News below.) Health experts agree the best defense is wearing a face covering, especially while indoors. 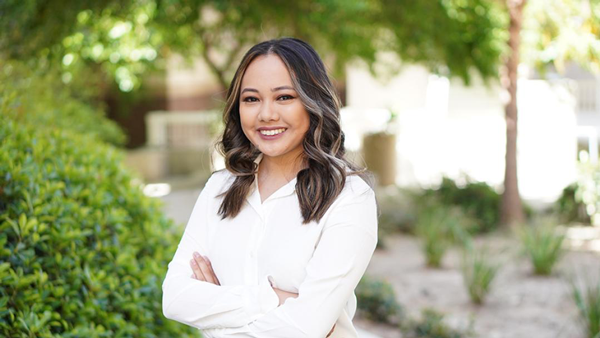 Justine Bautista, a Ph.D. student in social ecology, will present her idea to create a mental health self-care kit at the MTV Mental Health Youth Action Forum at the White House this month. MTV Entertainment Group, in coordination with the administration and 18 leading mental health nonprofits, will convene the forum May 17-18 to drive culture from awareness to action on mental health through storytelling and media.

UCI Health received its 16th consecutive “A” in the spring 2022 Leapfrog Hospital Safety Grade. This national distinction recognizes a health system’s commitment to patient safety and achievements in preventing harm. “It is an honor to be recognized again for the dedication our physicians and co-workers bring every day to keep our patients safe,” says UCI Health CEO Chad T. Lefteris. 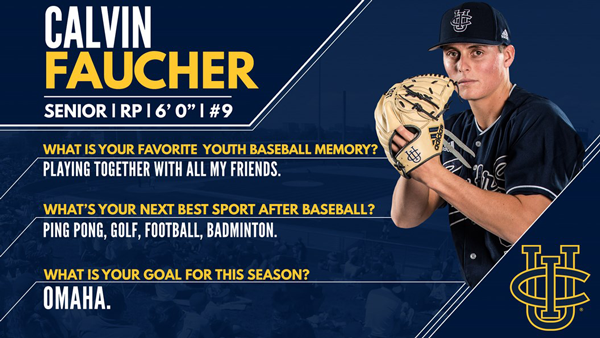 Of some historical note, Calvin Faucher became the third pitcher making his Major League Baseball debut to give up a grand slam to a reigning league MVP.

UCI alum makes MLB debut then sent back down to minors

Pitcher Calvin Faucher, who attended and played for UCI in 2016 and 2017, was called up from AAA Durham to the Tampa Bay Rays on Monday, becoming the 11th Anteater to reach the big leagues. He made his debut against the Angels that same night in the seventh inning, which ended with his first Major League Baseball strikeout. Unfortunately for the right-handed reliever, the last out was preceded by another career first: a grand slam by Shohei Ohtani that was part of a 5-run inning for the Halos, who ultimately won 11-3. Faucher was sent back down to Durham on Tuesday.

Growing Our Own: developing a faculty that reflects California

After Edwin Solares’ computer business faltered, he took courses at various Orange County community colleges before transferring to UCI, where he earned a bachelor’s degree in computer science. He later earned a Ph.D. here as an inaugural fellow in the UC President’s Pre-Professoriate Fellowship Program. Now a postdoc at UC Davis, where Solares researches crop population genomics as part of a prestigious fellowship, he is the kind of new faculty that the UC is looking to nurture through its ambitious Growing Our Own initiative.

Conditions are likely to worsen, with case rates continuing to rise and hospitalizations starting to increase, according to the top health official in the Bay Area's most populous county. Many cases “are related to social gatherings,” says Dr. Sara Cody, the Santa Clara County public health director and health officer. "It's spring — school is ending and people are gathering, and COVID is spreading."

Space Within
Friday-Saturday, 7:30 p.m. (sponsored by Claire Trevor School of the Arts) 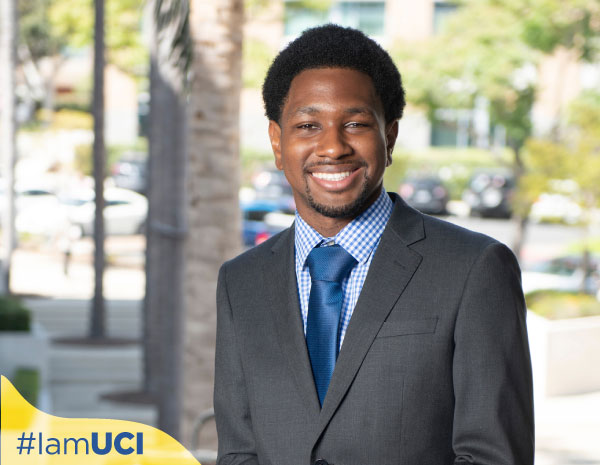 Having graduated virtually from UCI with bachelor’s degrees in business economics and education sciences in spring 2021, Kamasi Kendrick will walk the stage in person this July for his master’s in teaching, with a credential in middle or high school mathematics. Kendrick’s choice to return to UCI was highly influenced by his professors, many of whom made him believe that education sciences and teaching were right for him.