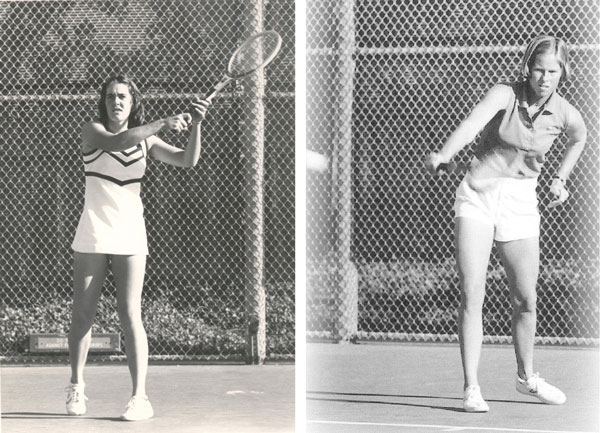 Anteater Time Machine: In 1974, two years after the passage of Title IX, women’s tennis players Jean Nachand, left, and Lindsay Morse became UCI’s first female All-Americans, a distinction they repeated in 1977. Morse, who won the AIAW National Collegiate singles title in 1977, was the first woman inducted into UCI’s Athletic Hall of Fame, in 1983. She was also inducted into the Intercollegiate Tennis Association Hall of Fame. Photos courtesy of UCI Athletics 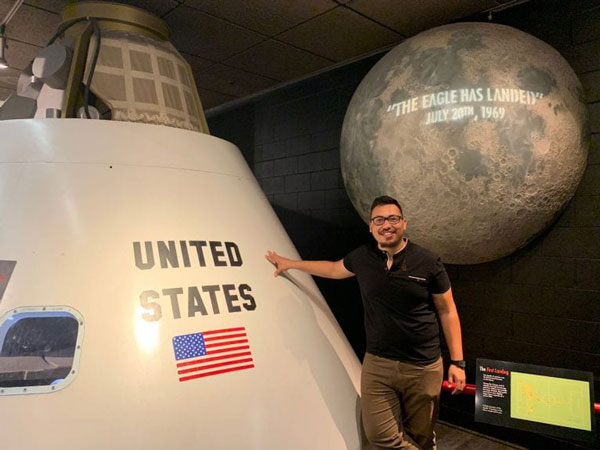 José Flores-Velázquez stands by the command module from 1969’s Apollo 11 spacecraft — the first to land humans on the moon.

Before his death in 2019, José Flores-Velázquez was a brilliant astrophysics Ph.D. student who solved a riddle that had stumped astronomers for years. In his memory, School of Physical Sciences dean James Bullock, professor Virginia Trimble and longtime UCI supporters John and Ruth Ann Evans have established an endowed fund to support astrophysics grad students who embody the spirit of Flores-Velázquez, who was tragically killed in a drive-by shooting while delivering gifts for a friend’s baby shower.

An expert on expert witnesses

Bestselling author Michael Lewis, whose books include Moneyball, The Big Short, The Blind Side and The Premonition: A Pandemic’s Story, hosts a podcast called “Against the Rules.” On it, he examines fairness in American life, with Season 3 covering public trust in experts. For Episode 5: The Sanchez Problem, Lewis interviews Simon Cole, a UCI professor of criminology, law and society, about the use and misuse of expert witnesses in court. 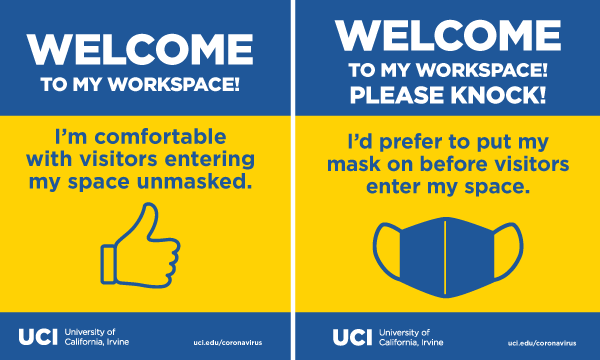 Signs of the times: As campus case numbers increase, EHS offers various downloadable posters, such as the ones above, for office doors and cubicles. Spanish versions are in the works.

The average number of new daily cases in Orange County grew from 155 on April 18 to 339 over the past week, while hospitalizations increased from 60 to 117. But the daily case rate pales in comparison to the height of the omicron surge, when 11,406 O.C. cases were reported on Jan. 4.

Experts Predict If And When COVID Will Become A Seasonal Illness

oon Suk-yeol faces tough challenges. Is he up to the job?

Biomedical engineering Ph.D. student Alexander (Olek) Pisera was one of 30 U.S. graduate students (from a pool of more than 1,800 applicants) to be named a 2022 Paul & Daisy Soros Fellow. The Soros Fellowships for New Americans is a merit-based program for immigrants and children of immigrants. Pisera, whose parents left Poland when it was still under Communist rule, grew up in Massachusetts and studied chemical and biomolecular engineering at Johns Hopkins University, where he also played rugby and did a radio show. Soros Fellows receive up to $90,000 and are chosen for their potential to make significant contributions to the United States.

A quartet of UCI students will rub shoulders and exchange ideas with Nobel laureates and scholars from around the globe in Germany this summer as part of a UC fellowship program for outstanding young scientists. UCI’s fellows are Bing Gu, Daniel Keefer, Aoon Rizvi and Hannah Slocumb.